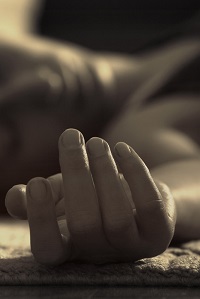 Atlanta, Georgia – 28-year old model was killed in Atlanta while driving to work. The shooting occurred on Monday according to multiple sources.

The competitive model of 28-year old named Kelsey Quayle moved with her boyfriend from California about two months ago.

She was looking forward to having better modeling opportunities in Atlanta.

The hopes and plans of the model were crashed due to the tragic shooting. She got shot in her neck, which results in drifting into oncoming traffic and hitting two other vehicles.

According to local TV reports 28-year old model was close to her work when the shooting occurred. She was working at the dentist’s office in Riverdale.

Two other drivers involved in the crash got minor injuries. Quayle was taken to the local hospital in a very critical condition. She was taken off life support days later.

When the police got reported about the collision, the officers had no idea about the shooting of the model. Quale’s sister said the family has lots of unanswered questions. She said all they want is to find out who did this.

According to models boyfriend, she was not only beautiful but a very sweet and humble person, who loved everyone and was loved by everyone.

The police are investigating model’s death and ask anyone with information to call Crime Stoppers Greater Atlanta at 404-577-8477.

4th of July Parades, Festivals, and More! Big Celebrations On The Way!