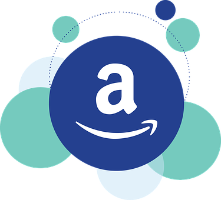 ATLANTA, GA – The state of Georgia recently failed to win the bid for Amazon’s second headquarters. Still, on Wednesday it scored a big consolation prize. Amazon, the e-commerce titan, announced it would house a warehouse facility in the metro Atlanta area that would produce 1,000 new jobs.

According to the company, the 700,000 square foot warehouse, roughly the size of a typical mall, will link Gwinnett and DeKalb counties. The site will be home to workers who pack and ship customer orders. Not only that, some workers will handle finances, information technology, as well as a variety of other positions.

Brian Kemp, Georgia’s Governor, who’s endured some recent criticism for signing an anti-abortion piece of legislation, argued that the partnership suggests Georgia “has proven itself as a leading competitor for investment from the world’s most revered companies.”

This deal also emphasizes Georgia’s continued wooing of the e-commerce empire. After all, Georgia offered billions in incentives and Atlanta landed on the short list for Amazon’s huge 2nd headquarters, though it lost out to New York.

Just released documents show exactly what kind of package the city offered to entice Amazon. It included more than $2 billion worth of publicly backed incentives. Part of this package involved offering an academy to train its employees and an exclusive lounge at Atlanta’s Hartsfield-Jackson Airport.

The Amazon warehouse project makes the company one of Gwinnet County’s biggest private employers. They would be on the level of local giants Primerica and Publix.

A Man Was Shot At The Wedding Reception.Police Arrested The Murderer