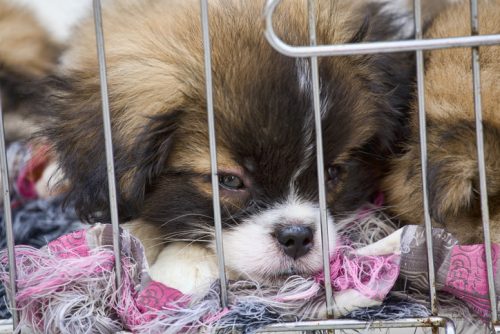 Atlanta, Georgia – Atlanta could be the ninth city in Georgia to pass legislation banning the sales of puppies and kittens.

According to Jessica Rock with the Atlanta Humane Society, it’s a good idea to ban such sales, even though Atlanta pet stores don’t really sell puppies and kittens.

She believes puppy mills hurt animals and they need to be discouraged.  Jessica Rock said they do not get enough vet care and live in an unhealthy environment.

It also keeps them away from socializing. Being secluded evokes aggression towards other dogs, as well as humans.

This new restriction on banning pet sales strives to encourage the adoption of rescued pets. This problem is more significant in the suburbs, according to Atlanta City member Amir Farokhi.

He wants the city to send a message that this is the right thing to do.

His legislation will go before the Atlanta City Council’s Public Safety Committee on Tuesday, 3 p.m.

There are other cities in the state of Georgia that are blocking pet stores from selling dogs and cats.

Those cities  are Centerville, Sandy Springs, and Ball Ground.