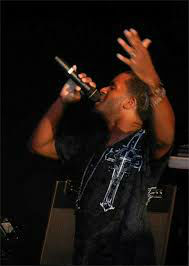 Atlanta, GA – It looks like the popular festival Freaknik will be returning to Atlanta this summer, however, this time it’s going to be a family approved version.

The festival which started in the early 1980s’ and ran through the 90s’, was yearly spring-break themed event. It had a notoriously rowdy and wild reputation. Essentially, it was a gargantuan party that continually grew in size. The drinking and partying increased every year.

In 2010, the Atlanta Mayor at the time, Kasim Reed, legally banned any Freaknik activities from occurring within the city. This effectively put to bed a much beloved Atlanta tradition.

This year, on June 22, the new incarnation of Freaknik will kick off at the Cellairis Amphitheatre at Lakewood. The event will be produced by After 9 Partners.

The lineup for the inaugural event for this “new” Freaknik Project Pat, Uncle Luke, Da Brat, Foxy Brown, Kilo Ali, Bun B. Pastor Troy. Tickets have already gone on sale and range from $46-$221. They’re now on sale at www.livenation.com.

The aim of Freaknik 2.0, according to the festival organizers, is to have a yearly concert that will emphasize togetherness. In fact, leaders of Freaknik 2.0 are stressing that this event is not like the old Freanik. They want to get away from the reputation of partying and chaos that so many associate with the old version.

This time around they want to create a joyful, inclusive party vibe. After all, nobody wants to recreate the people running naked atop cars version that so many fondly or not so fondly recall.

This time around Freaknik will be an all ages event, though organizers believe the 25 and older demo will most appreciate the music.