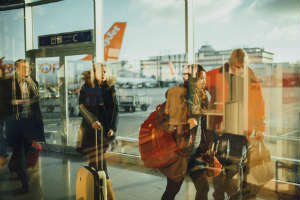 Atlanta, GA—Workers at the Hartsfield-Jackson International Airport called the bomb squad for a suspicious package on Friday morning, February 15, 2019. The bomb threat was a great scare for those traveling through the airport.

After the bomb squad finished their investigation, they gave the all-clear. The police have declared that it was a false alarm and that the scene is safe. Suspicious packages are not common in airports, for they must include some indication of tampering. These indications include protruding wires, foil, visible stains or the presence of a strange odor. Although, investigators have not released the particular details about this package.

Unfortunately, Atlanta has had recent issues with metro Atlanta bomb threats. Many government buildings and businesses (large and small) have been affected by these threats. None of these threats were credible, but they came often and worried officials. That is to say that when Atlanta’s airport officials found the suspicious bag, they weren’t going to take any chances. Thankfully, the airport has been given this all-clear and the investigation is closed.