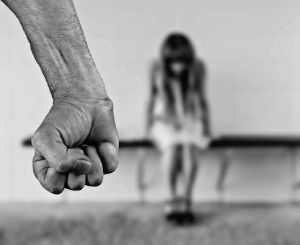 GUYTON, GA – Investigators in Effingham made a shocking discovery this week. Police found a girl buried in her father’s backyard. The body of the girl, according to Effingham County Sheriff’s Office, displayed clear signs of torture.

Investigator Abbey Brown stated on Tuesday, that the 14-year old girl’s torture was clearly evident. The girl’s name was Mary Crocker. Brown testified that investigators found evidence of the girl confined naked in a dog cage. The step-mother also confessed to this. After, Brown testified that evidence of inflamed joints pointed to forced straightening. Investigators found out that the girl had a ladder duct-taped to her to straighten her stiffening limbs. This 14-year-old girl displayed signs of beating, starvation, binding, and shocking with a stun gun.

Even though police found the body in December, the department only recently revealed details of the case to the public. Police also found her brother’s body buried in December.  The brother’s name was Elwyn Crocker Jr. He was also a 14-year-old boy when he went missing. Unfortunately, he disappeared in 2016. Both children were home-schooled, and their disappearances were never reported to the Georgia Police.

So how did investigators solve this murder discovered?

A relative, remaining anonymous, overheard a discussion about Mary’s death. After, he called his aunt who proceeded to call the authorities. As a result, the father, or Elwyn Crocker Sr., is facing murder charges and cruelty to children charges. Several others are also held accountable for the murder and other charges. This includes the father’s wife, brother-in-law, mother-in-law and mother-in-law’s boyfriend.

Atlanta Will Be Getting Its Freak-On Once More