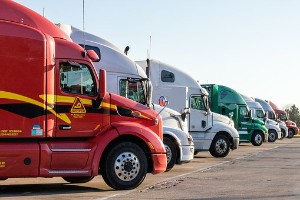 It’s starting to happen in what is seemingly a male dominated world. More and more women are assuming bigger roles in the management of trucking companies.  Naturally, executives for some of the most influential for-hire carriers in North America are boisterously championing this development.

“Early on in my career, I decided I wasn’t going to make gender an issue or allow other people to do so,” said Judy McReynolds, chairman, president and CEO at ArcBest Corp in Fort Smith, Arkansas. “At ArcBest, we believe in promoting the best person for every role. As long as companies are focused on putting the best people in leadership, more of our industry’s leaders will be women.”

As it turns out, ArcBest, boasts the highest percentage of women holding leadership roles (28%) and sitting on the board of directors (33%) as any major company of for-hire carriers in the United States. This analysis was produced through a partnership between the Women in Trucking Association and the University of Memphis.

In fact, of all 15 publicly traded trucking companies, the most recent yearly survey showed that six of the businesses had zero female directors while eight had absolutely no female executives.

Ellen Voie, founder of Women in Trucking, said, “Despite research proving diversity increases a company’s net profits, these carriers are still being managed solely by men.”

She went on to say how desperately this fact needs to change. She pointed out that women bring a needed change in perspective from men. After all, women are more risk cautious in their decision-making. She urges that the industry needs a significantly more diverse workforce.

What the Future Holds

Voie is positive, however, about the future. In fact, to her mind there have been a lot of affirmative developments. She cites recent examples of daughters who have recently been given the lead role at companies from their fathers. She mentions Karen Smerchek of Veriha Trucking and Sherri Gardner Brumbaugh of Garner Transportation.

Not only are women being bestowed powerful positions but they are starting their own companies too. Joyce Brenny started Brenny Transportation in 1995 after being a trucker for over a decade.

Women finding their way into powerful trucking executive jobs is happening increasingly. Plus, they are embarking on their own ventures more and more and this is crucial to the evolution of the industry.

What do you all think? Should more women being placed in trucking leadership roles?

What to do if You are NOT Watching the Superbowl