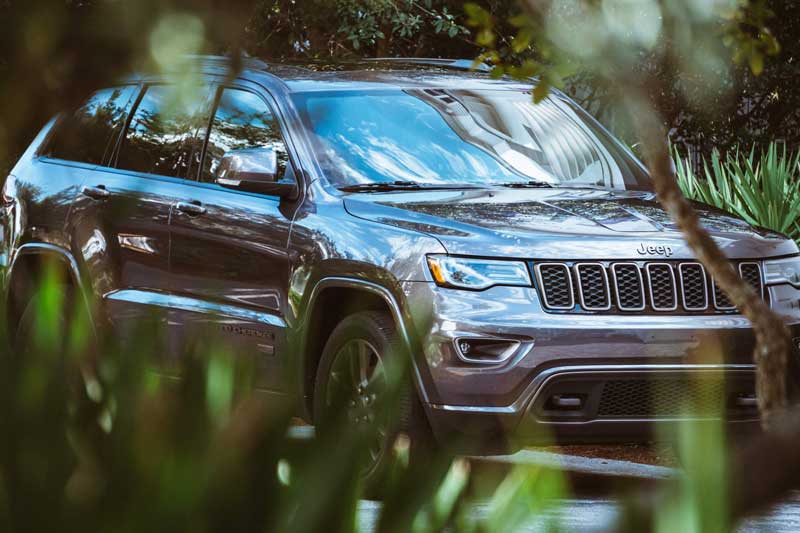 Jeep has new SUVs, the 2022 Grand Cherokee and the 2022 Wagoneer, they have jumped on the interior screen phenomenon in a huge way.

However, that rather than going forward with a full-width display, or something else close to being excessive, Jeep, has, in fact, decided to give front passengers their own small infotainment center. Jeep has managed to bundle a lot of functionality into this infotainment center.

The test model is equipped with both the passenger screen and the rear-seat entertainment package. The angles keep it visible almost exclusively to the passenger. From the driver’s seating position, it can vanish entirely. Also at night. That is with Zero glow. Also a Zero glare. Plus a Zero distraction. Also, it really remarkable. In fact, there is a lot you can do with that screen.

Passengers can watch movies or TV with Jeep’s new Uconnect 5 Setup. It is Amazon Alexa-Enabling. There is even a plug-in device that can be using for games or other media via the HDMI port on the dash. Even for vehicles like this one equipped with the rear-seat entertainment package. Plus, you can watch different episodes of the same series on all three screens with independent audio and playback controls. Moreover, each position does get its own Bluetooth connection. This connection does isolate the audio output for each screen to individual headsets.

Honda Zaps Your Worries Away with Prologue 2024 EV SUV