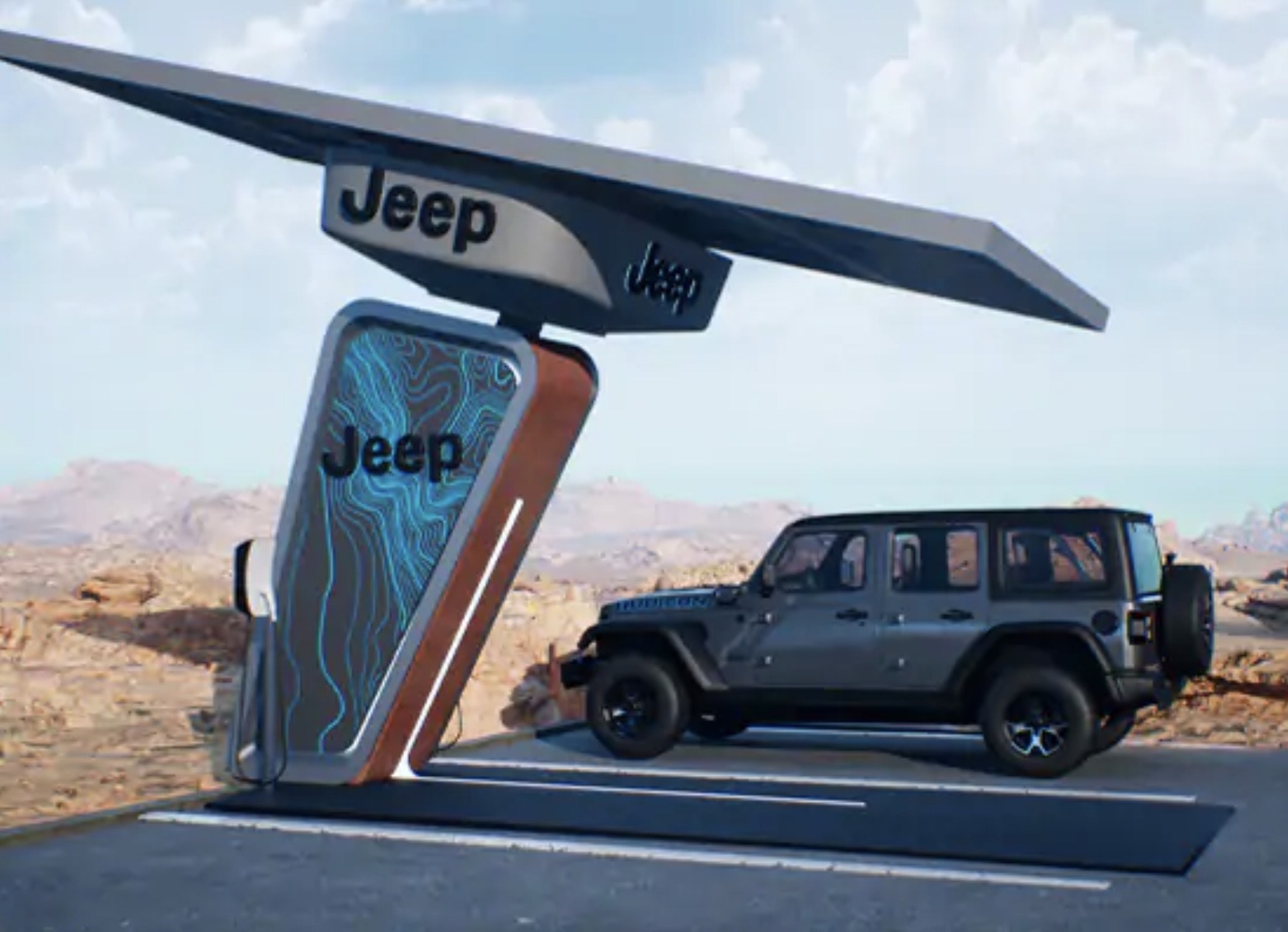 The Jeep Wrangler is apparently going all-in on the all-electric craze. Particularly speaking about timeliness! Word on the street is that FCA and PSA have both merged together to form a supergroup. A group called Stellantis. It’s now Chrysler, Vauxhall, Dodge, Peugeot, Jeep, Opel, Ram, DS, Fiat, Citroën, Alfa Romeo, Maserati, Abarth and Lancia. All rolled-up in one major merge. The fourth-biggest automaker, therefore, seems to just be getting started, as far as electric pursuits go.

So how serious is this Jeep Wrangler?

In a statement, the automaker noted that they “plan to reveal a 100% battery-powered Wrangler BEV concept vehicle.”

Jeep Wrangler happens to be a beloved model of vehicle for the average American. At one point in every American’s life, each of us would have wanted to drive this amazing car. And now that it’s becoming electric, that type of reality seems to be in our nearest future. There are even conceptual images of Jeep Wrangler charging stations popping up on the Net.

You almost begin to wonder if Jeep will do this with the Wrangler Rubicon as well? And will it stop with Jeep? What about Land Rovers? The possibilities are endless. For certain, however, the Jeep Wrangler BEV may just be “the most capable Jeep ever.” Or as it was so named by Christian Meunier, the CEO of Jeep.

Of course, the larger focal point for Stellantis is that they have had to handle a combination of forces to create highly-effective sibling cars. And while it is unsure whether Peugeot cars would return to American soil, it’s for certain in a sense that Fiat and Chrysler will be among the brands that survive the merge. One can say that same thing will be said for Jeep, but who is to say but Stellantis CEO Carlos Tavares. If by 2025, Stellantis will create “one electrified model for every newly launched global model.”

Parallel Parking Is Scary… But Why? Five Reasons By One Friend

What is Door-to-Door Car Shipping?