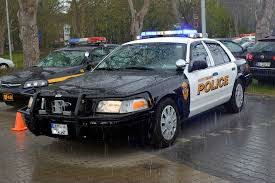 ATLANTA, GA – A Fulton County judge sentenced a 38-year-old man to life in prison for the kidnapping and rape of a woman behind a church. The incident occurred in Atlanta’s Pittsburgh neighborhood.

A news release from the Fulton County District Attorney’s office says that the victim was walking by herself on Smith Street just after leaving her aunt’s home on August 8, 2014. Not long after, a gold Jeep pulled up alongside her. Kristopher Roberson, the perpetrator, then lunged out of the Jeep with a pocket knife.

The news release goes on to detail how Roberson dragged the victim into the Jeep and drove her to Mt. Moriah Primitive Baptist Church. As it happens, the church is located right on Smith Street. Roberson then parked in the rear of the church and demanded the victim climb into the backseat. Unfortunately, while holding the knife in his hand during the act Roberson raped the woman.

Luckily, the woman found an opportunity to escape the Jeep and run away. Roberson simply drove off at that point. The victim managed to knock on the door of a nearby home where another neighbor, a retired police officer, came out to see what the hubbub was about. The retired officer called 911 and an alert was put out for the Jeep. Consequently, Atlanta police spotted Roberson.

Prior to this incident, Roberson had been convicted of aggravated assault with intent to rape. He will spend his life in prison plus 15 years per the judge’s sentence.