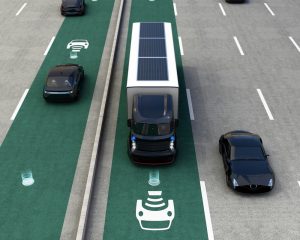 Waymo is launching a pilot program here in Atlanta. They have the support of the Governor, Nathan Deal. The autonomous trucks transport merchandise to Google’s data centers. Besides Georgia, Waymo has also been testing some of the trucks in both Arizona and California as well. The truck drivers have already driven these trucks millions of miles in public. Drivers are still behind the wheel to check on the system and take control when necessary.

Systems of these trucks have a sensor that is also being used in Waymo’s minivans. Waymo’s self-driving cars have already started to go entirely driverless in Arizona with the same software that is in the trucks.

Aside from making sure the trucks do not have any problems while on the road, Google will start working on the organization of placing the orders, as well as loading and transporting merchandise.

Waymo’s focus on this project is to keep advancing technology as much as possible. They want to be able to merge with other businesses in the fields of shipping and make trucking safer. Aside from the fact that Google’s data centers are located in Atlanta, Waymo thinks that Atlanta is “the perfect environment” for testing these trucks.