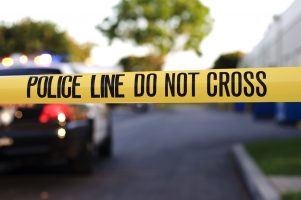 Police are looking for a group of four who left behind scooters and a bicycle after a shooting Tuesday on a busy downtown Atlanta street.

Police told the news station that a group of four people confronted the 21-year-old victim outside the Yumm Teriyaki restaurant on Peachtree Street, Tuesday about 10.30 p.m. The man got shot several times .

He managed to run for about two blocks Martin Luther King Jr. Drive before he collapsed.

The man was in critical physical condition. He was rushed to a local hospital.

The restaurant’s camera surveillance spotted the group riding down the street before approaching the 21-year-old.This is what Atlanta police Capt. Reginald Moorman told.

He also added that upon looking at the video, the shooter was actually on foot.

The investigation is still underway. Investigators are hoping to speak with more people witnessing the crime.

Tipsters will remain anonymous. They will be eligible for rewards of up to $2000.It only takes one step to get there .

Mansion Party Shut Down By Police