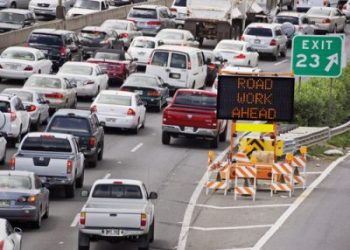 There is no longer a maximum price limit on Atlanta’s express lanes.

If you drive along one of metro Atlanta’s express lanes, you might need to pay extra.

Previously, the price was based on the time of day and traffic. And the more congestion there was, the higher the price. Good news for drivers! There is no longer a maximum price.

This change is going to get into effect on Monday. Drivers commuting on I-85 knew the price for a 16-mile ride not rise above $13.95.On I-75 Henry County the maximum was 90-cents per mile. That’s no longer a reality.

Now there is a blanket minimum price. This is to make the pricing more uniform for existing and future toll lanes.

The changes that were made to decrease the price to 10-cents a mile on all toll lanes, during the day, 5 a.m. to midnight. This is the minimum price.

Regardless of how far you are going, you will pay a flat 50 –cents per trip from midnight to 5 a.m.

For the I-85 toll lanes, the maximum price was   $13.95 for rush hours every day, according to the toll authority.

Now, the authority is free to charge more during times when congestion is heavy.

Only the drivers who use the lanes for the entire length of the toll lanes.

The authority said only a fraction of commuters actually do that.

Shootout at Atlanta Gas Station Caused a Crash: A Man Was Found Dead