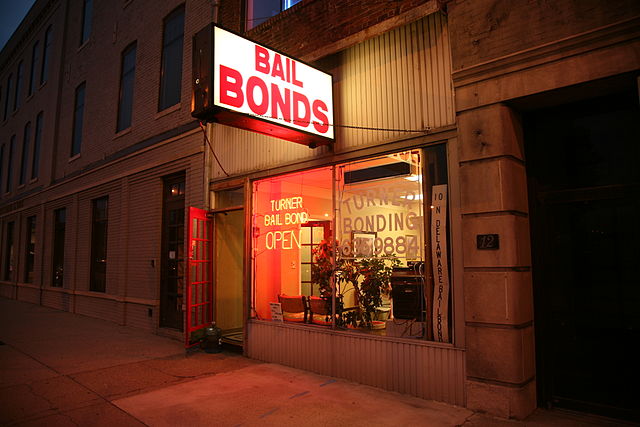 “Innocent until proven guilty” is a noble notion but we need to talk about its not-so-noble accessory: the bail system. Holding the accused indefinitely in jail is neither fair nor practical. But the current rules of bail are skewed in favor of the wealthy.

Today, Garrett Rolfe made bail at the Gwinnett County jail. Rolfe stands accused of the murder of Rayshard Brooks. Brooks had fallen asleep at the wheel and was blocking the entrance of a drive-thru restaurant when Rolfe arrived at the scene. Brooks failed a breathalyzer test and scuffled with Rolfe and one other officer, eventually stealing a taser. He tried to shoot it whilst running, at which point Rolfe shot him twice from behind.

Flaws in the Bail System

The bail system is meant to help, not hurt. Without it, the accused might sit in jail for weeks or months, unable to work or see their family. The concept originated in England. But America has been practicing it for centuries. Still, after hundreds of years, we haven’t quite figured out how to be fair in its implementation.

When a judge sets bail, they consider the level of crime committed, weather the accused is a danger to the public, and whether they think they might flee. Sometimes, a judge may not set bail to protect the public or the judicial system. However, when judges do set bail, the bond is usually high. Some areas have recommended standards. In Atlanta, bail for misdemeanors is usually around $1000. But it can be posted in the millions for more serious offenses.

This creates a problem. Those with money to throw around can easily roam free (with restrictions, usually) until their trials. Those without wealth? They’re left to try to cobble together the value themselves or visit a bail bondsman. And agents lending money for bail bonds take at least a 10% premium fee. So the accused (or their family) still wind up taking a financial hit.

Currently, there is no perfect solution out there. President Lyndon B. Johnson already worked to pass bail reform in 1966. Another large reform can in 1984. But still the system highlights the wealth gap in America. As it stands, the US and the Philippines are the only two countries with a commercial industry revolving around bail bonds.

Some states are testing new ideas. Alaska, California, New Jersey, and Washington D.C. all have abolished cash bail. Instead, they have moved to a points system that considers the defendant’s flight risk and whether they might be a danger to the public. This determines whether or not they await trial in jail or in the comfort of their own homes. Hopefully, more dialogue about the flaws in our current order follow.

Important Documents to Know when Shipping a Car

5 Tips for Truckers Away for the Holidays