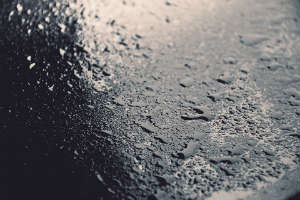 Printer ink… one of the things that many of us try to avoid buying often, as it can be very expensive. Therefore, the result of this Atlanta truck crash might frustrate some.

On Wednesday morning, in the early hours of about 2:00 a.m., an accident occurred. Essentially, according to authorities, a vehicle cut in front of a semi-truck.

But, black printer ink is one of the most expensive commodities, especially in terms of liquids, throughout the world. In fact, according to Consumer Reports, the least expensive replacement cartridge is already about thirteen dollars per ounce. So, a gallon of black ink? Already over $1,500.

Depending on the type of ink and how expensive it is, a gallon could even be up to $12,000! So, the crash that spilled these 40,000 pounds of printer ink is just under 4,800 gallons. With that amount of ink, the price of all that is spilled across the highway can be guesstimated at over $12,900,000!

With that in mind, this could be considered one of the most expensive crashes. So, while no one was injured in the accident, the printer ink company certainly has lost a lot in profits. What do you think about the crash that stained the Atlanta highways with precious black ink?

Valentine’s Day: On The Road